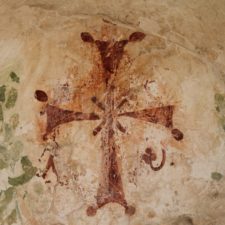 Paul Hartog on Culture and Christianity

On February 6, Central Seminary hosted its annual MacDonald Lecture Series, named after former professor of pastor theology, Dr. Charles MacDonald. The purpose of these lectures is to advance theological scholarship. Lectures are chosen for their expertise and contribution to their specific field of study. This year’s participant was Dr. Paul Hartog, professor of theology at Faith Baptist Bible College and Seminary in Ankeny, Iowa. He is a respected scholar and widely published author, writing and researching as one of the top experts on the early church father Polycarp. He delivered four of his recently-published academic papers, focusing on different areas of early Christianity’s relationship with the culture of the Roman empire.

Dr. Hartog’s first paper dealt with the context and meaning of the apostle Paul’s statement in 1 Corinthians 9 that he has “become all things to all men.” He examined this passage in light of specific Roman rhetorical forms to show that Paul’s intent was to demonstrate the self-emptying, cruciform life rather than some sort of evangelistic pragmatism. Dr. Hartog’s second paper explored the early Roman misunderstandings and misconceptions about Christianity while performing an historical overview of the early persecution. His third paper, focusing more on the use of linguistic rhetoric, detailed early Christian apologist Minucius Felix. Felix, like the apostle Paul, rejected using rhetoric for mere persuasion while cautiously appropriating certain rhetorical forms to showcase the work of the cross. Dr. Hartog’s final presentation explored the trajectory of libertas religionis, or religious liberty, from the early church father Tertullian through the Latin apologist Lactantius to the 18th century American founders. This paper revealed some recent and peer-reviewed discoveries about Thomas Jefferson’s understanding and use of Lactantius.

Dr. Hartog’s central theme was simple yet profound; understanding early Christianity’s relationship with Roman culture equips contemporary believers to better understand their own role and relationship to broader society. The key to the present is the past. Central Seminary extends its sincere gratitude to Dr. Hartog for his scholarship and research. We have posted video of all of Dr. Hartog’s lectures for your convenience.

Mrs. Jodi Rich, wife of alumnus Jeff Rich and mom of nine, led a women’s session titled “Walking with the Lord in Today’s Culture” that encouraged the pastors’ wives and seminary wives who were able to attend. We are grateful for Mrs. Rich’s faithful teaching and example.