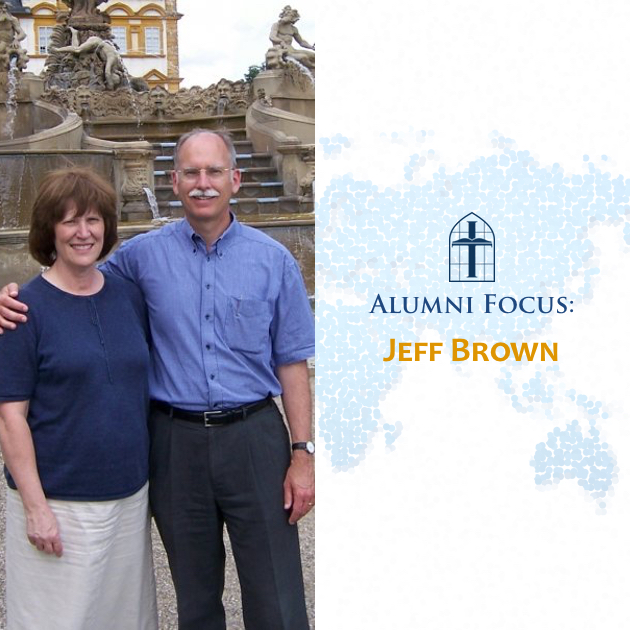 My father was a student until the last few days of his life. From time to time, I tell my sons, “Never stop learning!” I am not sure, but perhaps that proverb inside me explains why I pursued nearly all I could at Central Seminary. I loved my coursework, but while there I gained more than academic training. I learned the great emphasis of the New Testament on the local church.  I was also confronted with living for Christ, the importance of the devotional life, of repentance, of personal evangelism, of knowing my Lord and being His preacher. I was inspired by the preaching of Dr. Clearwaters and Paul Fosmark, and after them by Dr. Doug McLachlan. My heroes became more John Bunyan, Charles Spurgeon, and D.L. Moody than A.T. Robertson and Gleason Archer (fine servants though the latter two were). Through my time at Central I was very well prepared for my life’s ministry. It is a treasure no one can take from me. My wife, who was a secretary at Central for seven years, was trained in a similar way.

I also had missions laid upon my heart, both from missionaries who frequented chapel and through discussions with fellow students. After my Th.M. work and after seven years in the pastorate, the Lord called my wife and me to do church-planting work in Germany. Germany is the land of Luther, and so has been well exposed to the gospel through the centuries. But it has been more exposed to worldly philosophy than the Bible since 1800. Instead of listening to Luther and the gospel, the theologians, the pastors, and the people have listened more to Goethe, Kant, Nietzsche, Marx, Heidegger and others–great minds whose writings have led people away from Christ instead of to Him. Today, most Germans rarely read the Bible and are certain it is not trustworthy. Twenty-five percent declare themselves to be atheists. Germany needs the gospel and missionaries. It is exciting to see Germans come to Christ and then follow as His disciples. What stories they have to tell!

We arrived in 1989. We had 18 months of language study in Munich and then moved to Erlangen, a university city in southern Germany and a hub for the Siemens Corporation. There we began our first work. We had only our family for the beginning. By the time we were finished, the church had a congregation of over 100 people (including 65 members), deacons, a full-time pastor, and its own building. We plan, but God exceeds our plans. We found out later that people we did not know had been praying for years for the beginning of a church in Erlangen. The church has grown and matured considerably since we left.

A year after we had left the church in Erlangen and while I was pursuing Ph.D. work, the church in Erlangen asked us to begin a daughter church in Nuremberg, about 15 miles away. We first organized a church-planting team and then began the work in the summer of 2008. This time at the beginning, we learned how two people we did not know had been praying for years for the beginning of a Baptist church, right where we decided to rent a building. In 2010, together with my co-worker in Baptist Mid-Missions, Burdette Bergen, we began a Bible institute (now meeting at three sites in Germany) to train church leaders and other servants in our churches. In 2016, we began a daughter church in a community 30 minutes away, led by missionary Daniel Arnold. We are again at the point in Nuremberg where the church is just about as large as the Erlangen church was when we left. We only need a German pastor to complete our task. Our present church has a different personality than the one in Erlangen, because Nuremberg, a city of 500,000, is much different from Erlangen. We have had to learn lots of new lessons: some not so easy. No, I do not have it all down. Sometimes at this stage of my ministry I wonder why more learning is still a requirement. But I think my Heavenly Father is saying, “I know a guy who tells his sons: ‘Never stop learning!'” A big “thanks” to Central Seminary!