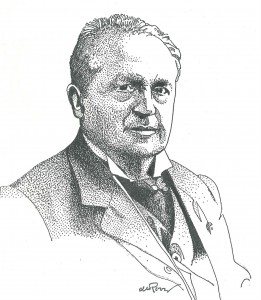 John Witvliet, a scholar from the Calvin Institute of Christian Worship, presented an excellent paper entitled, “Protestant Suspicion of Liturgical Form: The Curious Case of Abraham Kuyper.” In his presentation, Witvliet explored Kuyper’s oft-changing and ever-evolving views on liturgical worship as a microcosm for evangelical angst between form and sincerity. A brief survey of Kuyper’s works and lectures revealed his back and forth views on the values and fears of formal liturgies in worship. Notice John H. Wood’s periodization of Kuyper’s views (from Witvliet’s presentation):

– 1870, Sacramental Ecclesiology – L/T as indispensable “bank of river,” “body to the soul”

“Where form rules over spirit, spirituality must object and demand that spirit rule over form. Spirituality will walk in the right path when it allows the spirit to govern form, so that it is true to the spirit, accommodates the spirit, and serves the spirit as an instrument. But spirituality goes astray when it declares that form does not matter and thereby either destroys it or allows it to degenerate.” – Our Worship from Implications of Public Confession

Witvliet effectively showed that Kuyper’s own view alternated between two tropes; sincerity and ritual. For example, Kuyper followed earlier non-conformist’s reaction against the Anglican primers but allowed examples and prayer patterns to be implemented (especially for pedagogical purposes), though insisting that set prayers be spoken “imploringly and movingly.” He saw dangers in both insincere form and sincere formlessness.

Notice Kuyper’s thoughts on the prayer of confession to begin a service:

“Our Reformation fathers were wise in demanding that at least once a week, this matter [confession of sin], so important to the soul, would not be left to subjective feelings, but rather would be taken hold of by a power outside ourselves, that is, by God himself, who through the word of his servant would proclaim God’s holy Word of absolution to the congregation.”  – Our Worship from Implications of Public Confession

He calls us to a “life in the middle.”

In my opinion, Kuyper’s “life in the middle” teaches four valuable lessons.