Still Don’t Get It?

I suppose I don’t blame you. If you’re from anywhere south of the 4oth parallel, you panic when you look at this kind of snow. You wonder how people can live in weather like that. You think they must freeze all winter long. 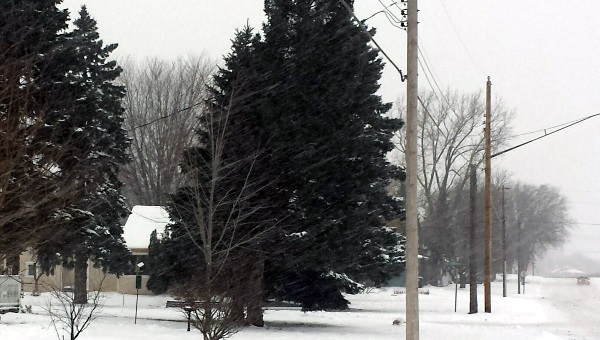 Well, I took this picture about a mile into this afternoon’s walk. As you can tell from the angle of the snow, there was a good bit of wind. The temperatures weren’t polar, but they were cold. And I was enjoying myself.

My winter coat is the old N3B military parka. It’s kept me warm in temps down to about 35 below, which is about as cold as it gets in Minnesota. But it’s also comfortable in weather like I was in when I took this picture. If I pull up the hood over my stocking cap, I’m more than warm, even with the wind blowing.

About a mile later, I was chased by a pack of dogs. There were four of them, and I could see them coming through the snow, barking as they ran. They were wiener dogs, and it was a sight. The snow was higher than their legs, so they had to jump to make progress. They looked like four walleyes leaping and splashing through the lake as they hove toward me.

Their owner had just let them out of doors and they wanted to play. You’ve never really lived until you’ve been mobbed by a pack of dachshunds in the snow. It was a riot.

Winter is nothing to fear. It is fun–just a different kind of fun than lying around the beach. The nice thing about Minnesota is that you can do both. You have the beach for part of the year and the winter for part of the year. Not to mention the brilliance of fall and the sudden burst of spring. In Minnesota they talk about what they call the “theater of seasons,” and it’s quite a show.

When you look at that picture, don’t shiver. In Minnesota, it’s no big deal. In fact, it’s even a cause to celebrate. In the northern part of the state, parents don’t think twice about sending their kids out to play when the temp is -10 or even colder. It’s a way of life that brings its own compensations.